Who should pay for mental health? 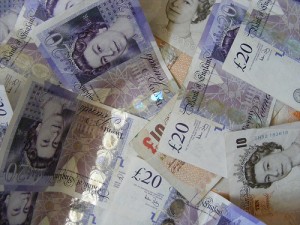 It’s impossible to talk to anyone involved in mental health at the moment, whether as a user of services, a planner of services or as a deliverer of services without one topic cropping up.

Everyone is asking the question ‘Where’s the money going to come from?’

So far, so familiar.  Mental health has always been an area where money is tight.  However, there’s a new urgency since the effects of deficit reducing cuts began to be felt.

It’s instructive to think about this question in a slightly different way.  Rather than asking ‘where will the money come from?’ it’s more interesting to look at the question as being ‘just who is going to pay for services in mental health?’

Prior to the advent of the coalition government, for many people the answer to this question would have been simple.  Either the state in one form or another would be paying as part of the public services, through directly contracted services or through strategically awarded grants.  If it wasn’t the state paying, then the answer would have been grants made by charitable organisations in one form or another.

Very rarely would the answer to who was paying be people with mental health difficulties themselves.

By their nature, mental health related services are based on the idea that services are being provided to those that need them but who would not be in a position to pay for those services themselves.  When a mental health service is funded by, say, a local authority what is happening is that service is being bought on behalf of the people who use it to meet their needs.  When a service is funded by a grant funder, the same is happening.  The funder is recognising a need that will be met by the proposed funded service or project and is putting up the money for some or all of that service to be carried out.

In both cases, the service is being purchased on behalf of people with mental health difficulties.

Many would say that for medical based services, it’s the NHS who should be providing and that for everything else there should be grant based funding.  For organisations such as The National Coalition for Independent Action, voluntary sector groups and organisations chasing contracts to deliver what local authorities have decided is important has reduced their independence and ruined their relationships with the people who use their services and the communities in which they’re based.  As Rachael McGill says in NCIA’s recent report Voluntary action under threat: what privatisation means for charities and community groups:

“Some voluntary sector organisations have helped to further this agenda by entering into competitions to deliver services on their local authority’s terms. They fail to recognise that although they themselves are not the private sector, they are still conspiring with a practice which turns community provision into a market place.”

The NCIA paper claims that this is a significant step towards eventual privatization of public services:

“The coalition government has embraced this conflation of ‘charity’ and ‘business’. It wants to institutionalise the idea that the preferred way to fund traditionally charitable activity is through social enterprise methods: loans and income generation through contracts, charging or trading, rather than grants or other public subsidies.”

While this point may or may not be true in principle, it does leave the massive question of who will be paying for the provision of services.  In the appendix to Voluntary Action Under Threat, there is an attempt to suggest ways that this might be brought about beyond campaigning against cuts (changing policy):

“Can we lobby independent funders to support needs-led work, preventative and holistic work and campaigning?” the report asks.

Which delivers us back to the question: just who should be paying?

Social Enterprise is often presented as a solution to problems that community and voluntary sectors are having financially.  Set up a social enterprise and you’ll be able to do business and raise money at the same time as doing good. We recently met with someone from a major social funder who was looking for social enterprise models in mental health for investment.  We thought about this a lot and advised her that there were fewer social enterprises in mental health than you might imagine, and those that we did know of were facing significant challenges.

The reason for this, we explained, was that although many people were good at identifying what needs people have and developing effective ways of meeting them, this was not the same as coming up with a winning business model.  The reason it was not the same was not that the social enterprises in mental health were not well run, well structured or not delivering high quality services but that they were lacking one important aspect of any business model.

Whatever was being ‘sold’; was not, at this time, what people were buying.

Social enterprises ‘spun off’ from being previously part of the public sector have the problem that even as spun off services, their main client is the kind of service of which they were once part.  Local charities previously maintained by council grant that become social enterprises have the same difficulty: if the council isn’t paying, then neither is anyone else.

In effect, cuts at a local level close off that large area of revenue generation.

‘But,’ asked the representative of the social funder, ‘isn’t there room for people with mental health difficulties to pay for services themselves?’

We thought about this point for a moment before explaining that for many, the idea that people with mental health difficulties might pay for services out of their own pockets was seen as another step on the slippery slope toward the state providing no support for voluntary and community organisations.  In fact there are those that see asking people with mental health difficulties to pay for services as profiting from the disability of others.

On a less political level, it’s also the case that people with mental health difficulties who need services just aren’t in a position to pay the market price for them.

This makes things very difficult for those organisations that are sticking to their guns and delivering what people with mental health difficulties want them to deliver.

In the current wash of ideas around The Big Society, there is the notion that with the withdrawal of the state will come a deluge of civic action to fill the space that withdrawal of state funding has left.

This poses us some problems in mental health.  If the state isn’t funding what organisations do either by grants or through commissioning, and people with mental health difficulties themselves are not paying for it directly out of their own pockets, then this leaves three rough areas from where money might come.

The second is from philanthropy.  Distinct from charitable grant making, philanthropy is the individual giving of time, money or other elements.  Again, as with charitable grant making, it may be possible that individual organisations or projects find patrons who can support their work, but it is not something that it is possible to put in your business plan.  Tech company start ups might be able to find angel investors, but they’re looking for a return on their investment.  Finding rich individuals to fund mental health projects might well be harder.

The third is charitable giving.  It is nice to think that the general public would be happy to raise funds for mental health projects and organisations across the country, and in many cases they do.  This however is an enterprise that benefits from economies of scale.  Organisations need large infrastructures to effectively raise funds from the public, which in turn cost money, which in turn increases the overall need of that organisation to keep pulling in money from the public keep running.  This means that larger organisations have an advantage over small organisations not only in terms of practical fundraising ability and capacity but also in terms of brand awareness and exposure.

The problem is that, as a group of people, people with mental health difficulties are currently not quite at the top of the list of people for which the general public feels worried.  In fact, some might argue that our standing with the public has gone down as a result of media coverage and government policy at exactly the time that we need the public to consider our needs more.

Is there any hope?

There are potential chinks of light coming through the darkened skies, but they are only that at present – tiny slivers of possibility, and it isn’t one that will appeal much to people ideologically opposed to organisations other than the state delivering mental health services or to the idea that organisations must avoid thinking like businesses.

The move to personal budgets both for health and social care present a new possibility for organisations.  For the first time, the theory goes, people with mental health difficulties will be able to draw down a personal budget and then spend that personal budget on buying the services that they want.  No more will others purchase things on our behalf.  In theory we will be able to give money to the services we value and those services will, in turn, try to meet our needs in ever more inventive and satisfying ways.

The problem is personalisation is moving slowly in mental health, and it isn’t clear how organisations will survive long enough for people using their personalised budgets to plug the gap.

What is clear is that for many organisations the clock is ticking, if it hasn’t stopped already.

There just isn’t enough money coming into our sector.  We must strongly advocate for the fact that it should.  We must also be cunning, be charming, be inspiring.  In fact we must do everything we can to bring in that money, from whichever source possible.

We must by all means make the case for who we feel should pay in mental health, but we also have to be finding out who might pay and finding ways of helping them to do so.

This NCVO / Funding Central advice and information ‘Life After a Grant – The exit strategy’ is useful for organisations facing some of the challenges outlined in this post.

Mark Brown is editor of One in Four magazine and development director of Social Spider CIC.

One Response to Who should pay for mental health?