One in Four Spring 2013: Telephone Thing 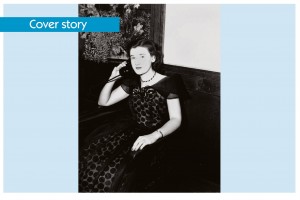 If you’re terrified of talking on the telephone you might be surprised to find you’re not the only one.  Caroline Holroyd investigates (this article appears in the Spring 2013 edition of One in Four)

There are all kinds of reasons why people with and without mental health problems might find it difficult to speak to someone face to face or on the phone. Advances in technology and the popularity of social media platforms such as Facebook and Twitter mean it’s even easier for people to communicate with each other and have their voices heard. We have been granted access to a rich mine of information about anything and everything and this can assist us in making informed choices and knowing our rights. It’s fantastic that people who were previously isolated and without support are now able to access vast communities of support networks, develop friendships and reconnect with a society they may have felt estranged from.

You may think that such breakthroughs in communication would make life easier for people who have difficulties around speaking on the telephone to access mental health support and perform day to day tasks such as paying bills and organising repairs. Plenty of services now have social media accounts and provide contact email addresses yet still request that you ring them up. In some cases it may be that there is a reluctance to discuss confidential information over the internet and a phone call is more personal, but whatever the rationale this makes it incredibly difficult for people with phone anxiety.

Scared to pick up

Phone anxiety is too often trivialised since people don’t always understand the incredible impact it can have on daily life, especially as often (but not always) people with phone anxiety have no problems with speech and the barrier is psychological. I have long-standing anxiety problems around making phone calls and answering the phone. In the past I have told mental health professionals that I struggle with phone calls and would prefer to be contacted by email, text message or by post. My requests were routinely ignored and because of this I have been threatened with being discharged from services simply because I was unable to get in contact when I couldn’t attend an appointment.

From speaking to other people who share my anxieties it is commonplace to be provided with crisis helpline numbers when you are very unwell, despite informing people you can’t use the phone. This has happened to me on a number of occasions and is incredibly frustrating.  The only alternative provided to ringing a helpline has been to be told to go to A&E, which isn’t always appropriate or something someone who is already anxious and distressed would be able to do.  This highlights a fundamental lack of understanding of this problem; if someone is unable to ring a helpline on a day-to-day basis how can they be expected to use the phone when they are unwell? Unless you’re lucky enough to have someone who will ring on your behalf (which plenty of us don’t) how are those of us with these types of anxieties supposed to get help during crisis?

Just a voice and nothing else

Molly hears voices drowning out the other person’s voice when talking to people, making it difficult to hold a conversation. When speaking face to face there is the benefit of body language to compensate for any word she doesn’t pick up on or which she mishears.  Telephone communication is limited to voice only. Because of this Molly finds taking and answering phone calls impossible: “I have a problem where I frequently lose words, even simple ones. And that’s much harder to overcome on the phone when the other person is relying on only my voice to understand me.”

She has repeatedly told organisations that her phone number is for texts only but they still insist on ringing her. “It’s the sort of discrimination that is simply thoughtless, it’s not actively trying to hurt people who can’t use the phone but they just don’t realise the huge difficulties some people have and how terribly it impacts on using their service,” she says, adding that this can be any service we have to use on an official basis, from GPs and landlords to credit card companies.

Please hang up and try again

Heike has gone through periods in her life where her phone anxiety has been “profoundly disabling”. She could not pick up the phone, regardless of whether it was a friend at the other end or an unknown number. “It was definitely an issue when I was accessing services in the NHS because very few professionals ever give you an email to contact them on, which seems rather counterproductive. Certainly calling up a helpline when you’re having a particularly rough time is made much harder if you’re dealing with existing phone anxiety on top of whatever distress leads you to seeking help in the first place,” she says.

The immediate nature of phone calls and the inability to see the body language and facial expressions of the person at the other end of the line are two of the underlying reasons behind why people experience phone anxiety. Speaking on the phone involves being put ‘on the spot’ which can naturally increase anxiety; there is an element of unpredictability not present in other, more controlled forms of communication, such as email and text message. We may worry about what the other person is thinking of us, that we will say the wrong thing, stammer or not get our message across properly.

There are things that can help us manage anxiety around using the phone. For instance, if I know I am going to ring someone I can write out the main points I want to get across. This helps me feel more in control of the situation.

Heike was helped to manage her anxieties by mindfulness (see page XX) and gradually using the phone more often. While avoiding the phone altogether wasn’t helpful neither was reproaching herself on the days when her anxiety got too much.

Heike advises anyone with who anxiety not to be too hard on themselves: “Remember that there’s probably very valid reasons for your phone anxiety, that you’re not the only person who struggles with it and that it’ll take time for your anxiety to get the message that there isn’t, in fact, disaster waiting at the other end of the line. Try, be kind to yourself and try again.”

This article originally appeared in the Spring 2013 issue of One in Four magazine.

One Response to Telephone thing