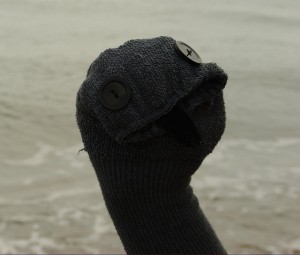 This week the Department for Communities and Local Government (DCLG) launched a document 50 ways to save: Examples of sensible savings in local government a compendium of ideas for cutting the amount of money that councils spend. Some are sensible, others are more contested.

One that caught the eye of Karl Wilding, Head of Policy for the National Council for Voluntary Organisations (NCVO) was recommendation number 37. It’s worth looking recommendation number 37 in more depth because it may have implications for mental healths service user groups, or at the least smears their name a little. It suggests:

“Cease funding ‘sock puppets’ and ‘fake charities’: Many pressure groups – which do not deliver services or help the vulnerable – are now funded by state bodies. In turn, these nominally ‘independent’ groups lobby and call for more state regulation and more state funding.61 A 2009 survey found that £37 million a year was spent on taxpayer-funded lobbying and political campaigning across the public sector. Many of these causes may be worthy, but why should they be funded by taxpayers?”

The term sock puppet is a confusing one if you’re not a veteran of internet message boards. In that context a sock puppet is an account set up by someone under another name to contribute to discussions in such a way as to support the points made by that person under their primary account. You can spot sock puppets in online discussions quite easily; they will usually only comment where a particular person comments and then only to agree with that person or to attack someone who disgrees with them.

So what relevance has this to the funding of mental health service user groups by local authorities?

This is interesting for us in mental health because, up until this point many mental health service user groups have drawn at least some funding from local authorities and have often seen it as their role to hold to account and to lobby for the interests of people with mental health difficulties. Would these count as sock puppets?

In support of the idea of “’sock puppets’ and ‘fake charities’” the document cites a discussion paper by Christopher Snowdon produced by the Institute for Economic Affairs Sock Puppets: How the government lobbies itself and why

The executive summary of the discussion paper suggests says government spending on civil society (or the third sector if you’re keeping it pre-2010) grew massively during the period that Labour held office between 1997 and 2010 and thatt this erosion of autonomy is bad for society as charities stop representing people and begin to act as a ‘shadow state’ of things funded by the state but which aren’t part of it.

This is an argument that many have made from different positions in the political spectrum. But that’s not about sock puppets. Sock puppets are mouth pieces of political interests, the paper has it, and

“This paper argues that there is a deeper problem if government funds and/or creates pressure groups with the intention of creating a ‘sock puppet’ version of civil society which creates the illusion of grassroots support for new legislation. These state-funded activists engage in direct lobbying (of politicians) and indirect lobbying (of the public) using taxpayers’ money, thereby blurring the distinction between public and private action.”

So, for Snowdon (and the DCLG it seems) ‘sock puppet’ charities are charities that campaign on certain issues and which call for greater government action over particular issues. The discussion paper says:

“State-funded charities and NGOs usually campaign for causes which do not enjoy widespread support amongst the general public (e.g. foreign aid, temperance, identity politics). They typically lobby for bigger government, higher taxes, greater regulation and the creation of new agencies to oversee and enforce new laws. In many cases, they call for increased funding for themselves and their associated departments. In public choice terms, they are ‘concentrated interests’ compelling the taxpayer to meet the costs that come from their policies being implemented, as well as the costs of the lobbying itself.”

Karl Wilding wasn’t happy with this. He told Third Sector:

“”The sock puppets report is terrible: it’s badly researched and it vastly overstates its case. We know that most funding from government for voluntary organisations is for the delivery of services, not for advocacy and certainly not for lobbying government.

Nestled as it is within 49 other suggestions to local authorities for saving money, it’s easy to overlook what the implication of recommendation 37. If the DCLG means sock puppet in the same sense that Christopher Snowdon and the Institute for Economic Affairs means sock puppet; it is suggesting that councils should feel free to stop funding groups that represent minority interests and ones that either do, or don’t lobby for change in particular areas.

Fair enough, you might say, why should local authorities fund people to disagree with them or waste money funding people to agree with them; especially if they are taking forward issues that are not of interest to the majority of people?

Some would argue that mental health groups and organisations that are trying to change conditions, systems and services should not be funded by any state money for reasons of independence and political autonomy (Snowdon’s lead-off point is just that). This recommendation from DCLG seems to suggest that local authorities should not, on principle fund something like a local mental health forum or service user group because they are either a)paying someone to agree with them or b)paying someone to disagree with them.

Traditionally, mental health advocacy groups have campaigned for greater allotment of funds to mental health and greater provision across a number of areas covered by local authorities. Now, with the rejigging of responsibilities begun by the passing of the Health and Social Act local authorities are increasing involved with health as well as social care. There is much commitment to user voice in these ideas, but it seems the DCLG has set a trap for organisations that support service user voice by introducing a way of discounting as ‘sock puppetry’ or the need to avoid appearing to create it any request for money that they may make to continue their role raising awareness and pushing for better or different services.

As with much of the stuff that floats out from central government in terms of ‘helpful guidance’ under any government, the chances are these 50 recommendations will only speak to the people who already agree with them, so will have limited direct effect. Politically, though, the 50 ways to save are part of a struggle about what responsibilities governments, and by extension taxpayers, have to pay for certain things.

It seems that DCLG is suggesting that local mental health organisations, those keepers of the flame of a minority interest (the interests of people with mental health difficulties) might be getting an even colder shoulder from their local council than they did before.

It seems like socks for Christmas is just as much of a crap present as it always has been.

Mark Brown is the Editor of One in Four magazine.  He is @markoneinfour on twitter

One Response to Of sock puppets and service user groups