Just where is the frontline in mental health? 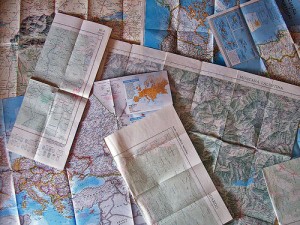 With all of the talk about resourcing ‘the frontline’ in the fight against mental ill-health recently, I’ve been wondering where the frontline actually is in this battle.

Is it in GPs surgeries where people first turn when they feel unwell?  Is it in social services departments where people receive help and support with the complicated challenges that can come with mental health difficulty?  Or in social care services?

Is it at neighbourhood advice services like Citizens Advice where many people look for support with issues in their life that affect their mental health?  Is it in the consulting rooms of therapists or counsellors where people explore what’s troubling them?  Or in the case work of advocates and the meetings of service user representatives?

Is it in Back to Work providers and JobCentres, or in benefit decision making bodies?  Is in the offices and premises of small and large mental health charities, or in the activities they carry out?

Is it in the media, or the communications departments of places that provide services and support?  Or the research teams and in the campaigning groups that draw sustenance from them?  Or the advice and support helplines and websites and new technology ways of keeping in touch?

Is it in our homes, or in our workplaces or in the relationships we have with people?

I think that people with mental health difficulties often lose out because the frontline of any individuals own mental health is spread across many of these areas of operation.

Mental ill health isn’t like a traditional disease.  There isn’t one front to fight on that will eventually win the battle decisively, or one force that could be deployed that would win the war outright.  The correct medical attention and useful treatment is a vital component for anyone’s mental health, as it is for their physical help, but it isn’t the only thing that determines how well someone is.

I think we’re beginning to see that as much as the question of what makes someone ill is important, the question ‘what keeps someone well?’ is probably as, if not more, important.

This has huge implications for people with mental health difficulties at a time where many of the above frontlines are facing a period of simultaneous change.

If you had to look at the map and survey the field of battle against mental health difficulty, where would you draw the frontline?

Mark Brown is editor of One in Four magazine

3 Responses to Just where is the frontline in mental health?